Best photographers in the city
Brasles

The image reveals the polar bear’s habitat during the summer in Nunavut, displaying the animal leaping between pieces of ice. Polar Bears depend on the sea ice as a platform for hunting and rest. They are facing a range of threats that are impacting their future population status. They are among the first refugees of climate change. The most striking observation during my reportage was the obvious lack of pack ice. The pinnacle of my reportage expedition was undoubtedly my close encounters with these majestic yet gentle animals. For me there is no better feeling than being close to those magnificent mammals, sharing a space with them. I will always remember that moment I saw my first polar bear, I cried during the three hours we stayed close to them. I discovered it swimming and by the time I left my binoculars to announce it to our captain, I was already crying. 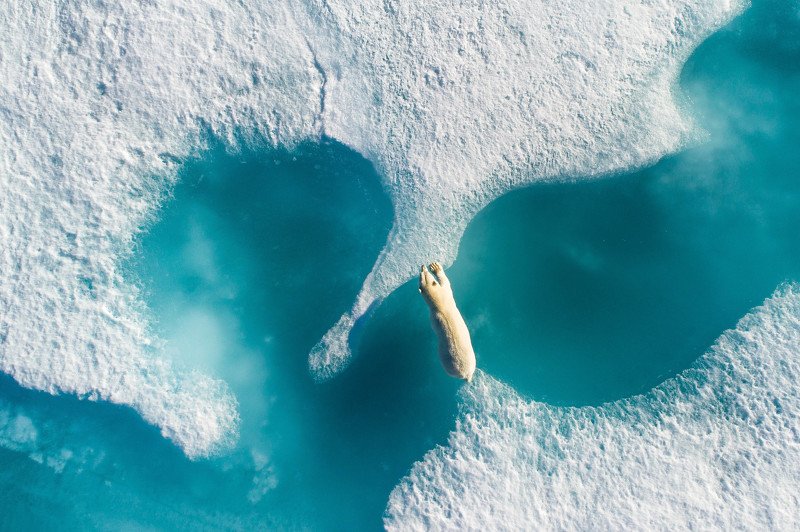