Men are trying to evacuate six of ten stranded whales on Ujong Kareung coast of Aceh Province, Indonesia, 14 November 2017. Around 50 rescuers from various offices were deployed since Monday to release the whales, with support from local people acting as volunteers.

Photo from the Drone 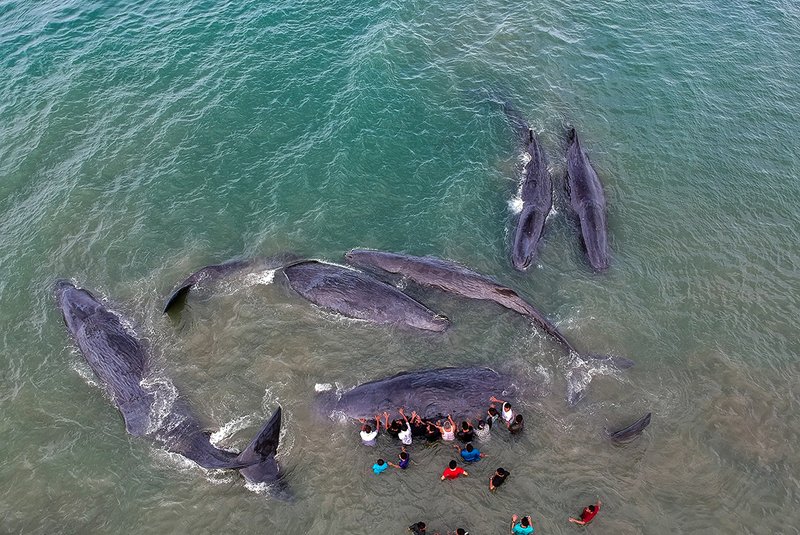 Photo tours:
Magic Greenland
29 июл. 12 дней
Всего мест: 12
Фототур
Экспедиция в Монголию 2021
Алтай - Монголия
10 авг. 5 дней
Всего мест: 7
Фототур
Классика Ладожских шхер
Санкт-Петербург
Keep abreast of all the news about the competition
awards@35awards.com
You can always unsubscribe from this mailing list by clicking on the link "Unsubscribe" at the bottom of the letter